Board of Directors Announcement - July 2017

We are pleased to announce that the Government of Ontario has re-appointed three members of the Alcohol and Gaming Commission of Ontario’s (AGCO) Board of Directors. Ms. S. Grace Kerr, who has been acting as interim Chair of the Board since the retirement of past Chair Eleanor Meslin in February 2017, has now been appointed in the role of Chair of the Board. In addition, Mr. Elmer Buchanan and Mr. Tony Williams have both been re-appointed as part-time members of the Board. 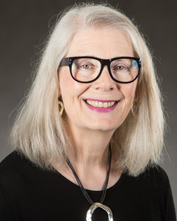 Ms. Kerr first joined the AGCO Board in 2007 as a member and has served as Vice-Chair since 2013. Prior to joining the Board, Ms. Kerr was a partner with Lerners LLP, Vice Chair of the Ontario Review Board, and an Associate Lawyer with MacLeod, Knox, Watts. Ms. Kerr holds a Master of Laws from the London School of Economics and Political Science, U.K., and both a Bachelor of Laws and a Bachelor of Science degree from Western University. Ms. Kerr looks forward to continuing to modernize the operations of the AGCO and to provide a high standard of service to the AGCO’s clients and stakeholders. 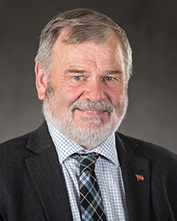 Mr. Buchanan was first appointed to the AGCO Board in 2015. Prior to that, Mr. Buchanan served as Ontario’s Minster of Agriculture, Food and Rural Affairs from 1990 to 1995. Before that, he spent 25 years as a secondary school Principal, Vice-Principal and teacher with the Hastings and Prince Edward District School Board. In 2013, Mr. Buchanan was appointed Chair of the Board of the Ontario Racing Commission, where he drew on his past experiences as a farmer, a Consultant for the Ontario Horse Racing Industry Transition Panel, and a Vice-Chair of the Ontario Farm Products Marketing Commission. As of March 2017, Mr. Buchanan was appointed as the Trustee of the Ontario Processing Vegetable Growers (OPVG) Board, temporarily assuming the powers of the board to negotiate 2017 contracts until Board elections are held. Mr. Buchanan holds a Bachelor of Arts degree from Queen’s University and a Certificate from Peterborough Teacher’s College. 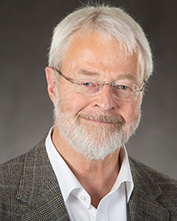 Mr. Williams was first appointed to the AGCO Board in 2015. Prior to joining the Board, Mr. Williams was part-time Senior Litigation Counsel with the Ontario Racing Commission from 2007 to 2012, as well as the former Crown Attorney for the County of Dufferin with the Ministry of the Attorney General. He is a member of the Law Society of Upper Canada and of the Canadian Bar Association. Mr. Williams holds a LLB from Queen’s University and a Bachelor of Arts degree in Sociology and Psychology from York University.

Along with the recently announced Board nominations of Jane Holmes and Linda Nagel, the re-appointments of Elmer Buchanan and Tony Williams and the re-appointment and installment of S. Grace Kerr as Chair ensures a strong governance and engaged leadership for the agency for years to come.

END_OF_DOCUMENT_TOKEN_TO_BE_REPLACED

By mail and in person: